From November 3 to 17, 2020 a group of GEOMAR and EGEOS scientists conducted the MineMoni II cruise. In part the cruise was a follow up to the 2018 cruise MineMoni I, as it included water sampling at the same locations as well as multibeam mapping. It was however also a special cruise in its own right, since it saw the first application of the new mangnetometer-AUV-integration on a multi-day cruise. Furthermore, the cruise saw the first field test of the mass spectrometer for near-real time explosive compound assessment that is under development in the ExPloTect-Project.

Target points where munitions were suspected were identified in the multibeam images and subsequently investigated with cameras and magnetometer that were integrated in the AUVs. Both types of data aquisitions were successful. Marc Seidel (BASTA project scientist) said: "We are very happy that, after only one year into the project, we were already able to receive good magnetic measurements without major interference from the AUV engines." In addition, photomosaics of several thousand squaremeters in size were generated from the camera images.

According to BASTA project manager Prof. Dr. Jens Greiner "the cruise was very successful in terms of the scientific and technological progress we made". He added: "Especially in the Bay of Lübeck we found a considerable amount of munitions that were located outisde of the known dump sites. Again, we were able to proove that the areas marked in nautical charts are not entirely correct." 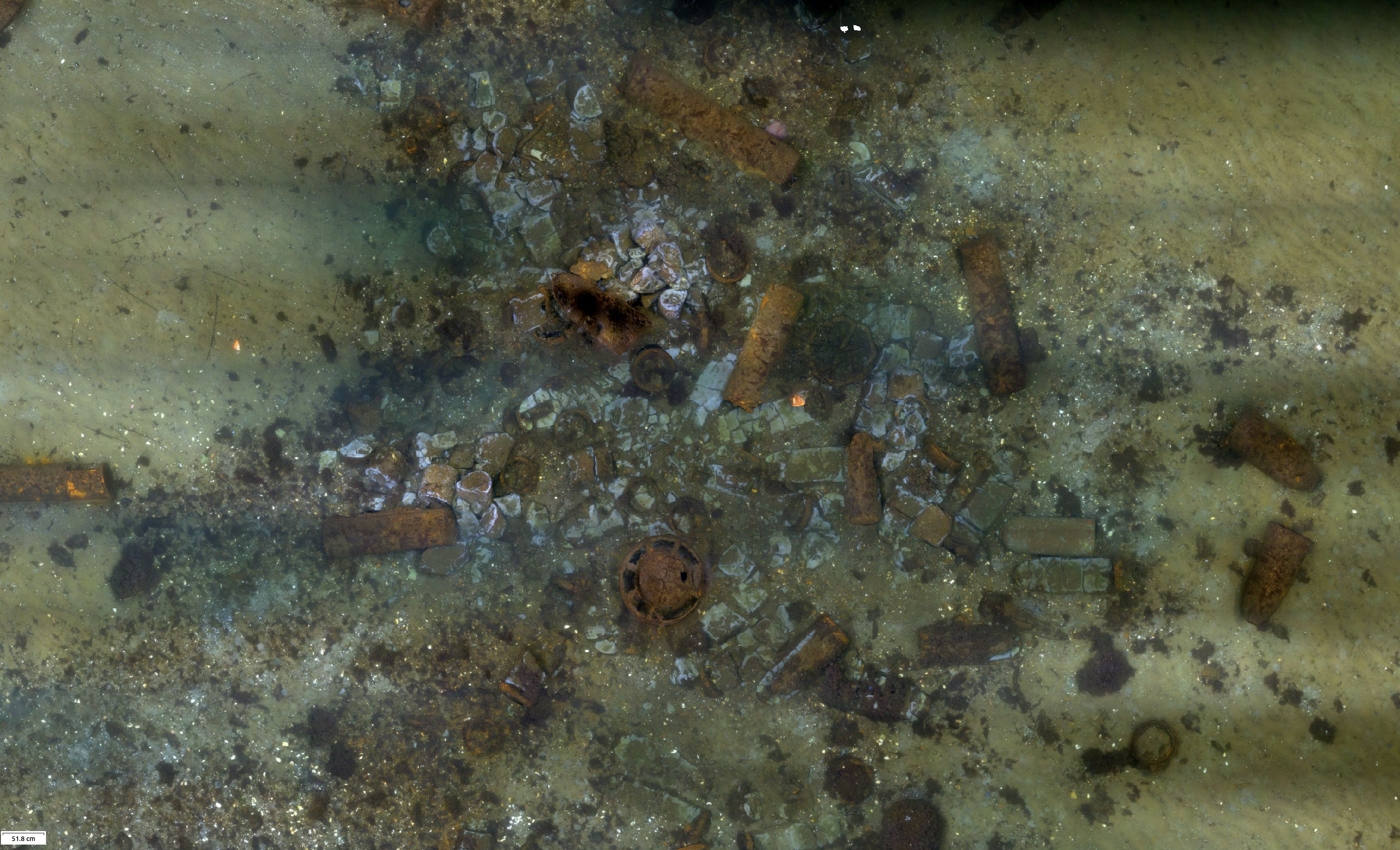 Image: Photomosaic of dumped munitions that were caputred during the MineMoni II cruise (Ⓒ 2020 GEOMAR)

On January 14, 2020 the project team organized the official BASTA project kick-off at the Berlin Office of the Helmholtz Asso­ci­ation in Berlin. The event was centred around numerous presentations on the project approach by the project part­ners and presentations on project expectations by associated partners.

The project kick-off was intended to inform interested experts on offshore unexploded ordnance (UXO) surveys from the industry, authorities and the scientific community about BASTA and to encourage them to support the project. Overall, 52 experts attended the event, which lead to lively discussions on the project content and the proposed methodologies. For the BASTA project team, the event lead to many new insights and helped to steer the project into a direction that will generate outcomes that are meaningful for the EOD industry. Furthermore, several representatives signalled their willingness to support the project efforts in the future.

The event was recorded, so that a video of the majority of the kick-off could be made available here. For additional information about the event, please click here. 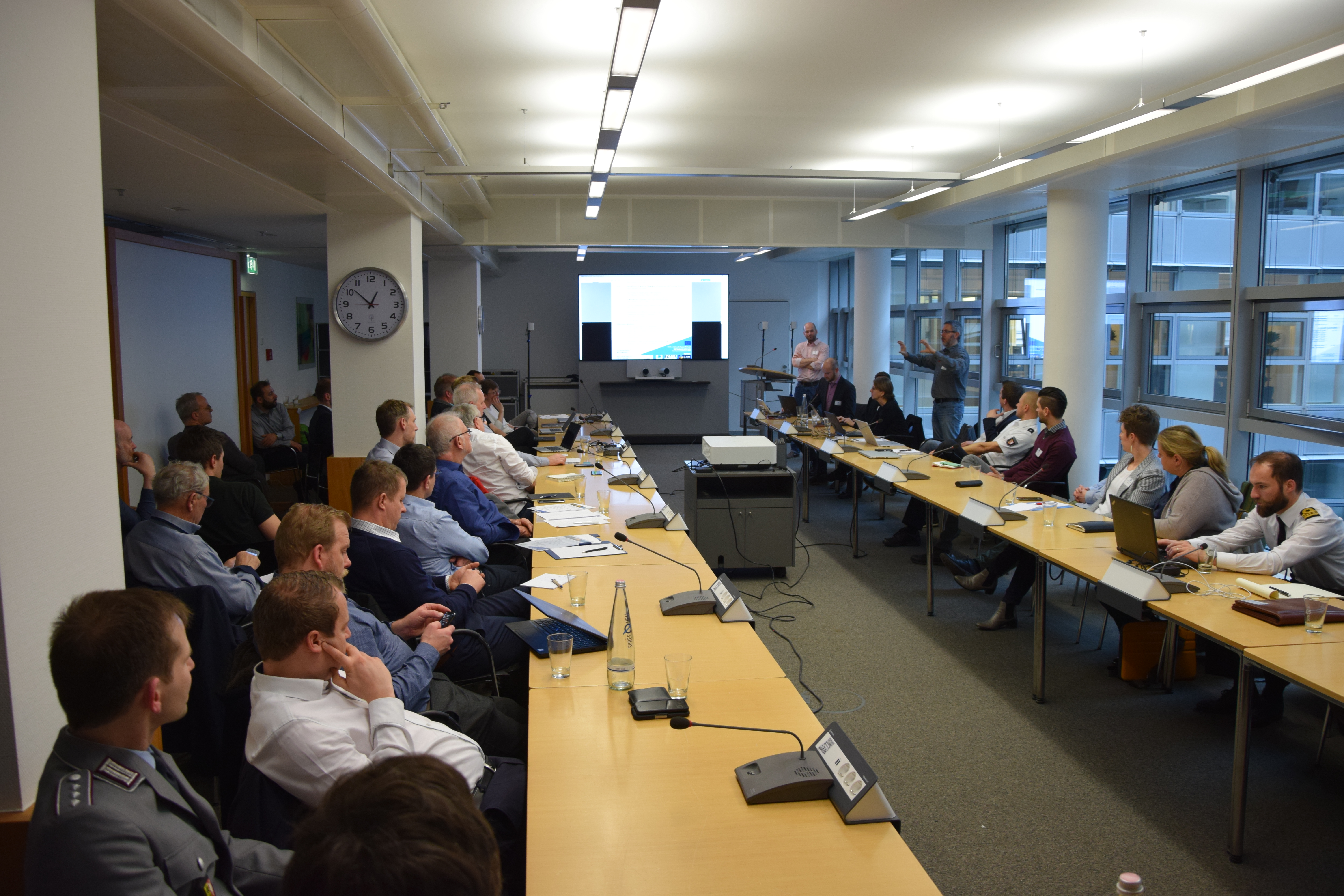 Image: Each presentation was followed by a discussion with the audience (Ⓒ 2020 GEOMAR)

BASTA at the Kick-Off for New Blue Economy Projects

As one of six selected projects (out of 27 applicants) BASTA is funded by the European Maritime and Fisheries Fund (EMFF) of the European Union under the call for proposals Blue Economy EASME/EMFF/2018/1.2.1.7. BASTA representatives were therefore invited to the kick-off meeting for the newly funded projects.

The meeting, which took place December 5, 2019, was a first opportunity to present the project's targets and ambitions to fellow scientists and representatives of Executive Agency for Small and Medium-sized Enterprises (EASME) and the European Commission's Directorate-General for Maritime Affairs (DG MARE). BASTA representative Jann Wendt (EGEOS) introduced the participants to the project and outlined the advancements in munitions detection that the project seeks to achieve. For the full presentation, klick here.

The project ExPloTect, which also deals with munitions in the sea, is funded in the same program and was introduced by Aaron Beck (GEOMAR). BASTA and ExPloTect will seek close cooperation and knowledge exchange for the duration of the projects. 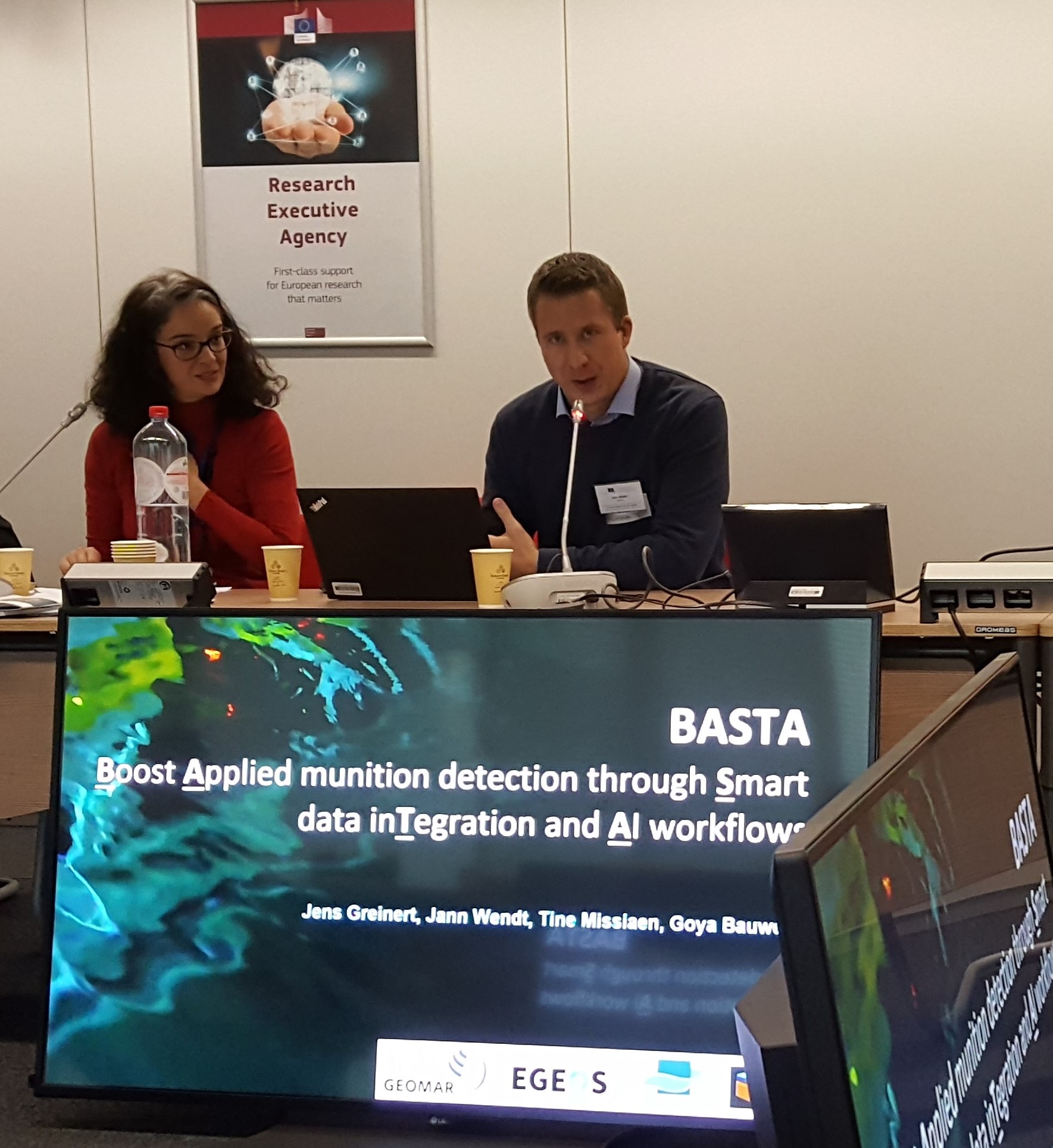